The user manual will address details about your MaxiFi reports in other sections, but here we address the basics. See the video and additional pointers below.

An introduction to how to read and understand reports. 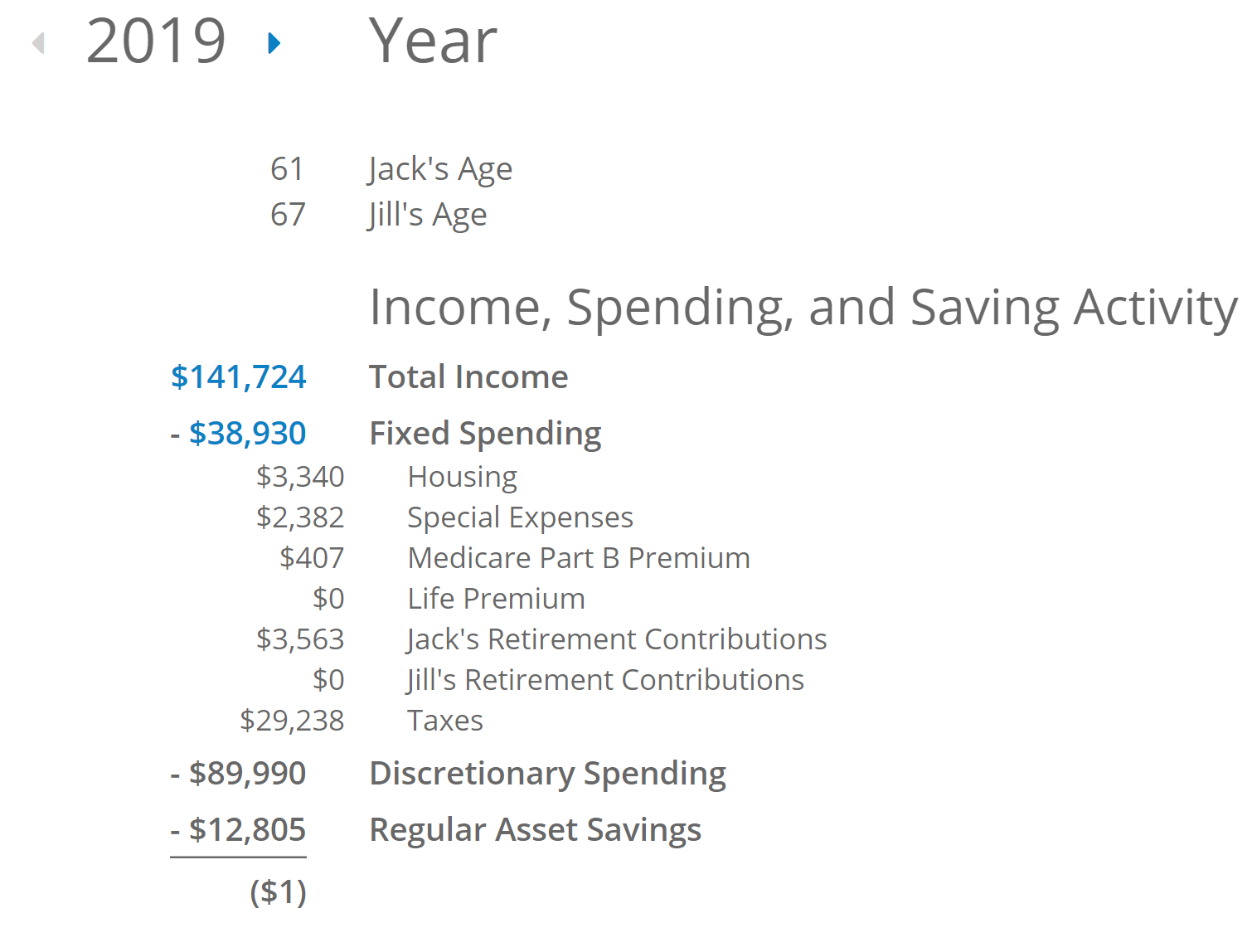 How can income be less than (or more than) spending?

In short: withdraw from saving or addition to saving.

In the Annual Saving and Withdraw report, you will see total income and total spending and typically those two amounts are not the same. When spending is less than income in a given year, you will see in the next column a regular asset saving amount; when spending is more than income in a given year, the regular assets saving column will show a withdraw. These three columns taken together will always balance to zero.

Again, total spending will not be a smooth number from year to year, but discretionary spending (a part of total spending) will be smooth where possible and where there is no cash constraint.

When you compare one report to another, you are typically looking at discretionary spending to see whether your household spending went up or down.

Are the RMDs calculated for the retirement accounts?

When you look at each of the two retirement reports (husband and wife), you will typically see smooth or even withdraws through the years. The smooth pattern is a sign that the amount withdrawn is greater than the RMD. If you were to start smooth withdraws (see Settings > Retirement accounts) to begin say at age 80, Then you'd see a per-year calculated RMD for ages 72-79 and since that amount is probably not the same each year, the pattern is not going to be smooth. In short, the program ensures that you are at least taking Required Minimum Withdraws.

Did you find it helpful? Yes No

Send feedback
Sorry we couldn't be helpful. Help us improve this article with your feedback.